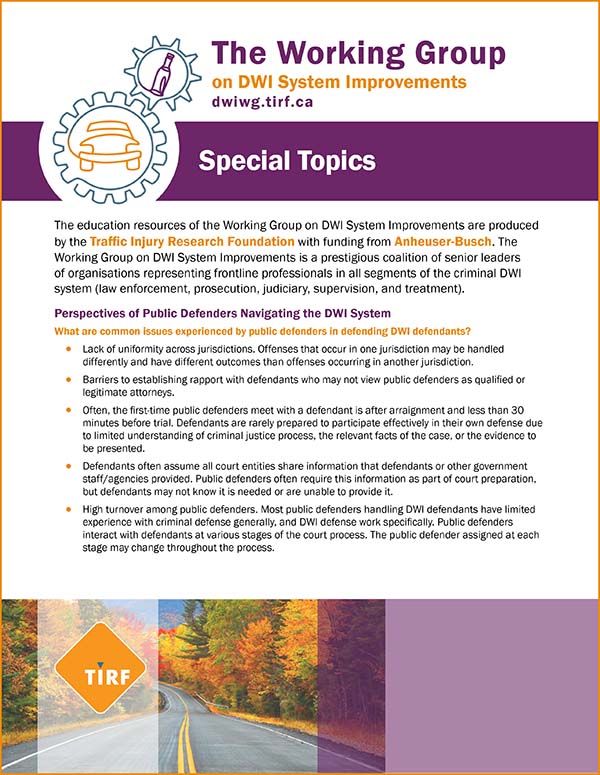 How is the impaired driving problem the same or different in rural jurisdictions compared to urban jurisdictions?

A closer examination of impaired driving laws, programs and policies in the United States reveals urban centers tend to be better equipped to implement proven strategies to reduce impaired driving as compared to their rural counterparts for a whole host of reasons.

What is a rural jurisdiction?

A main challenge inhibiting the discussion of impaired driving in rural jurisdictions has been the inability to adequately define the term “rural jurisdiction.” According to the American Community Survey, approximately 75 million Americans, or almost 25% of the population in the US, reside in rural areas (American Community Survey: 2016). In this instance, “urban” is defined as urban areas and/or groups of urbanized areas having 50,000 or more people and urban clusters having at least 2,500 people but less than 50,000 people. Moreover, both areas should have a core area with a density of at least 1,000 people per square mile. Areas that do not fulfill these requirements are defined as rural. Urban and rural jurisdictions can be modified by states or counties based on their local alignments. Thus, boundaries can be determined by state and local officials in cooperation with each other and approved by the Federal Highway Administration, leading to potential inconsistencies in how rural areas are defined by different states.

What are demographic characteristics of rural versus urban populations?

Residents of rural areas are more likely to:

How do DWI fatalities differ between rural and urban areas?

According to NHTSA’s 2019 publication on the 2018 fatality data, 44% of all fatal crashes occurred in rural areas (NHTSA 2019).  However, though rural jurisdictions account for nearly half of all fatal crashes, they often receive less funding and input than urban areas when states design and implement their countermeasures.